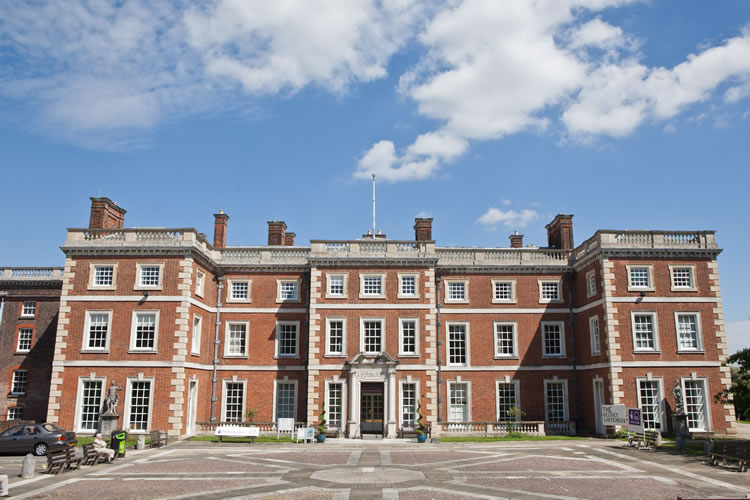 Between 1942 and 1945,  this beautiful mansion – once the home of the Sassoon family – served as a prisoner-of war camp. However, the inmates were not ordinary soldiers but high ranking German generals and officers of the Wehrmacht, who had commanded German armies in combat across Europe and North Africa. Altogether Trent Park housed 84 German officers who were captured by the Allied forces in North Africa, France and later in Germany.

The prisoners enjoyed excellent conditions and had everything they could have wished for: good food and drink, alcohol and tobacco. The highest military ranks were accommodated in suites. Other senior officers had single bedrooms or shared a room. The ground floor served as a communal area where the captured generals dined and pursued their cultural interests, such as listening to music or painting. A library provided German literature after the entire collection from the former German Embassy was brought over to Trent Park. Prisoners were even taken for walks in the extensive grounds. They were treated so well that Churchill was horrified to discover that the prisoners were even taken on day trips to Windsor and Eton. 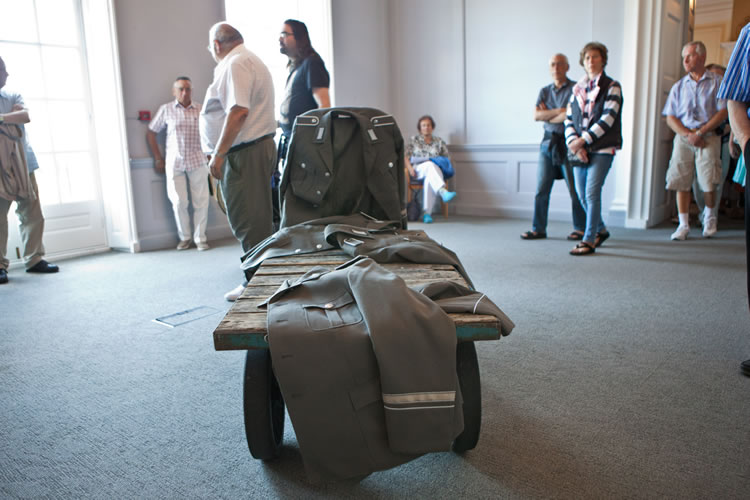 Lulled by such preferential conditions and the grand atmosphere of their surroundings these officers gradually lowered their guard and relaxed. Feeling unobserved they spoke freely with each other, heard about the experiences of the newly arrived fellow officers and exchanged private views on many political topics. This was exactly what was intended. It was part of British wartime strategy to find out what the German High Command thought of the war, of Hitler, the Nazis, even what they thought privately of each other. However, their first and foremost aim was to get any hints, even details of possible military moves. In order to facilitate the officers’ talkativeness, German stool pigeons were often brought in to stimulate discussions. This was an ideal set-up for MI19, a section of the British Secret Intelligence Service (SIS), to pursue their unusual strategy – namely to record the officers’ private conversations, without their knowledge. For this purpose the ground floor rooms at Trent Park were bugged; microphones were hidden everywhere, even in flower pots and the snooker table.

Documenting the official interrogations of POWs was standard practice amongst the Allied Forces but spying on captives’ private conversations was a new approach … one that paid off. The surveillance operation between 1942 and 1945 amassed nearly 65,000 conversations – 120,000 hours of recorded conversation, that is around 10,000 pages of transcriptions. These records were classed top secret until recently. After their release Soenke Neitzel, a German historian published the most significant documents in his book “Tapping Hitler’s Generals.

3. Who listened in and how did it work? 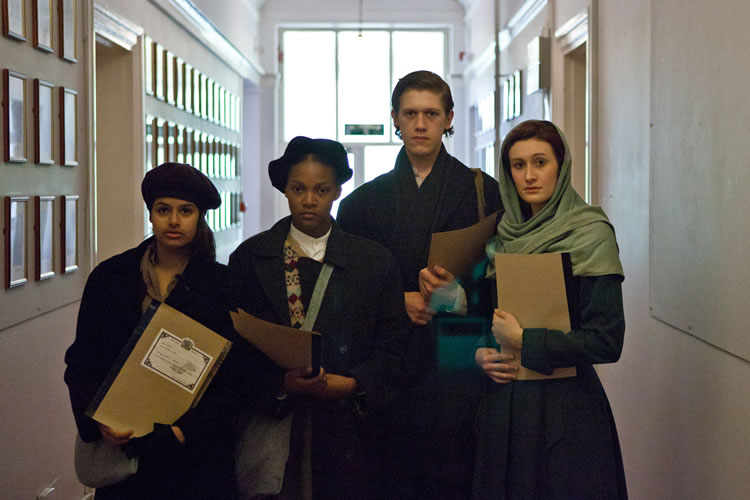 The largest proportion of the ‘listeners’ were German-speaking Jewish exiles who had fled Nazi Germany and Austria and recruited to carry out this job. Equipped with earphones they sat  in front of their amplifying machines, quietly listening into the generals’ conversations.  As soon as something important was said,  they began  a gramophone recording. This would last for around seven minutes  and an important  conversation would take several recordings. A protocol was prepared in German. The text would then be checked for accuracy by the most experienced member of the team. And, after being translated into English, the texts were sent to MI19 at the War Office and their contents were analysed.

When the surveillance operation was started only six members of staff were engaged in listening. Over time this number rose considerably and by 1944 perhaps around 50 trained exiles were involved, listening up to eight hours per day.  The listeners were not allowed to talk to anybody about what they had heard, not even their partners or families. 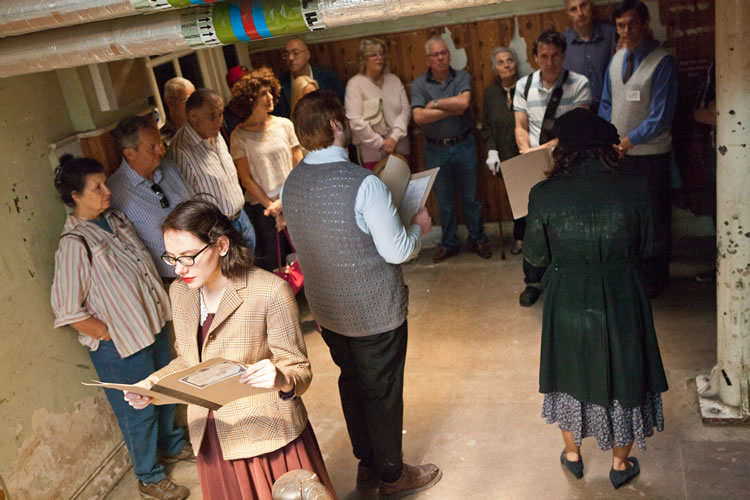 The interned high ranking officers were not a homogenous group. They were composed of different personalities and ages, shaped amongst other factors by their social background, the length of military service and their war experience. They encompassed a number of convinced Nazis but also dissenters, even those who revolted against Hitler. They can be divided into two different camps – the group around General Wilhelm Ritter von Thoma who considered the war lost long before this was officially acknowledged, who condemned the atrocities carried out in the East and who spoke critically about Hitler and Nazism. Here a quote to illustrate his personal view, for example, on the German generals: (DOC 5, 68) I can tell you … ninety-nine per cent of them are spineless creatures. They have always been ‘yes-men’. They’ve never been commanders, but only assistants of the commander. That is why most of them are spineless creatures. Their up-bringing and so on makes them so. You can expect nothing from them.

There was also the  group who supported the views of General Ludwig Crüwell who, although critical of the war situation, attempted to justify war crimes either by minimising their scale or doubting whether they had happened at all; this group tended to defend Hitler and Nazism. The following quote illustrates Crüwell’s admiration for Hitler as a person: (DOC 3, 67) He has beautiful hands – you don’t notice it in photographs. He has the hands of an artist. I always looked at his hands, and there is nothing common about them – they are aristocratic hands. In his whole manner, there is nothing of the little man about him.

5. What do the documents reveal? 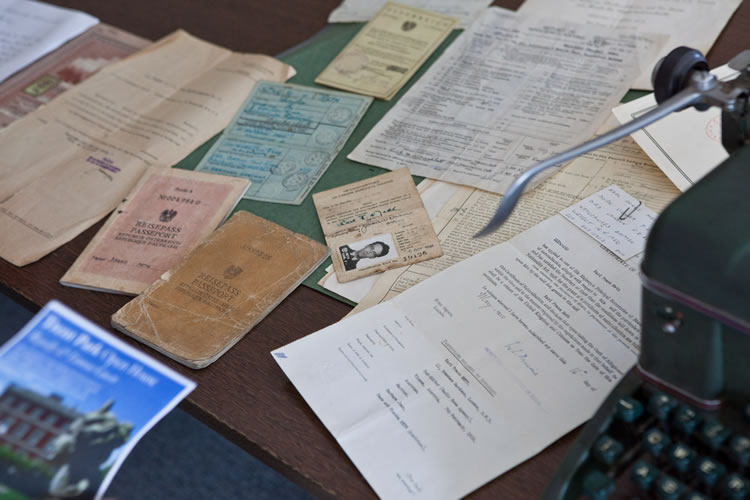 The majority of the documents are concerned with political topics and war strategy. Some clearly show that there was an awareness of the deportations and the internment of Jews in ghettos, the murder of Jews in concentration camps and mass shootings in the East.

Rotkirch and Ramke (DOC 129, 220): All the gassing institutions are in Poland, near Lvov. I know that there are large gassing centres there but I don’t know any more. Let me tell you though, the gassings are by no means the worst…….

To start with the people dug their own graves, then ten Jews took up their position and then the firing squad arrived and shot them down, and they fell into their grave. (…) Thousands of people were shot. Afterwards they gave that up and gassed them.

General Edwin Count von Rothkirch (March 1945, DOC 127,218): If you are in charge of villages and towns and the SS comes along and takes people away, what can you do? Of course masses of people were shot at Lvov. Thousands of them! First the Jews, then the Poles who were also shot in thousands, non-Jews, the whole aristocracy and great landed proprietors and masses of students. It’s all very difficult.—General Choltitz’s response: How dreadful!

In another conversation Choltitz admits (DOC 106,192): The worst job I ever carried out – which however I carried out with great consistency – was the liquidation of Jews. I carried out this order down to the very last detail.

A conversation in August 1944 between Hellweg and Klenk (DOC 102,188): I was at Gomel … at Rychitsa, there is a wood with sand dunes where hundreds of Jewish men, women and children lay buried. I wouldn’t believe it; it was behind our lines in Russia I thought it was an exaggeration until I myself saw children of four or five, girls of fourteen, fifteen and sixteen …— Klenk: It’s shattering.

Regarding Russian POWs, Generalleutnant Seyfardt said (DOC 109, 194): They were all killed, all of them. They were killed in thousands. They captured about 600,000; 400,000 were said to have died on the march from Gschatsk to Smolensk alone-—  Whose idea was that, and what was the reason for it?” — The Führer, that was one of the Führer’s orders.

6. What is the wider relevance of the recordings? 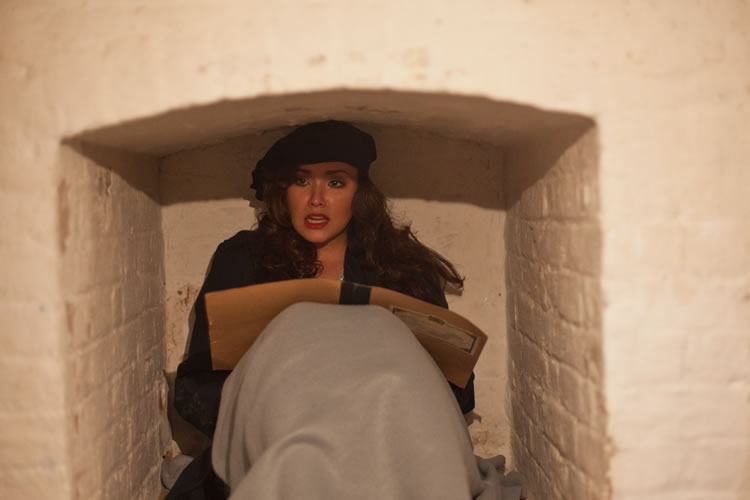 These short excerpts are not representative for the large collection of documents in the National Archive and published in Neitzel’s book but the documents highlight the antisemitic thinking of the time and that officers knew at a relatively early stage of the war about atrocities committed by the SS and the German Army.

But the bugging operation was also of great importance to the British war efforts: Together with the surveillance operation at two other POW camps, at Wilton Park and Latimer House, the recorded conversations provided indications that the Germans were developing the V2, they revealed vital information on U-boat tactics in the Atlantic, they gave advanced warning of the Henkel 177 bomber and provided intelligence on the Luftwaffe’s precision bombing targets. This information clearly had a vital impact on the outcome of the war.

For the German context the documents show that there was some knowledge amongst the officers about the murder of Jews in concentration camps, of euthanasia and the mass death of Russian POWs.  These new insights had a massive effect on the long-held view of the general German public that the Wehrmacht was a ‘clean’ army – they contributed to the destruction of a long-held myth that only Hitler and the SS committed war crimes and that the German Army was not guilty of war crimes.